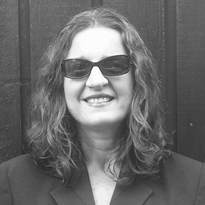 Jelica Nuccio, originally from Croatia, lives in Monmouth, OR, and has been very active in the DeafBlind community since she moved from Atlanta, Georgia in 1997.  Jelica was the first DeafBlind Director of the Seattle Deaf-Blind Service Center (DBSC) and also a co-author of a curriculum for DeafBlind people getting the most out of their Support Service Providers (SSP).   She is currently the founder of Tactile Communications which is the training center based on protactile philosophy and DeafBlind Education.  Prior to this work, Jelica worked variously as a research coordinator, advocate and job-developer.  Jelica has a B.A. in Biology from RIT in Rochester, and an M.A. in Public Health from Emory University in Atlanta, Georgia.  For the past 25 years, she has been active in the local and national DeafBlind communities. 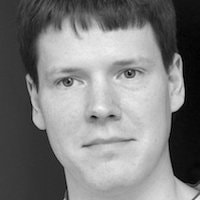 ​John Lee Clark is an experienced Braille and Protactile instructor who operates a busy private practice in the Twin Cities area. He is second-generation DeafBlind and the author or editor of five books, the most recent of which is a collection of essays called Where I Stand (Handtype Press, 2014). In 2015, the D.C.-based social justice organization Split This Rock named him finalist for the Freedom Plow Award for Poetry and Activism in recognition of his poetry, translations of ASL poetry, and advocacy for people with disabilities. His writings have appeared in diverse publications, including The Chronicle of Higher Education, Ecotone, McSweeney’s, the Minneapolis Star Tribune, Poetry, Rattle, and Sign Language Studies. He is also a research consultant for a National Science Foundation grant studying Protactile phonology, Drs. Terra Edwards and Diane Brentari principal investigators.

​He lives in Hopkins, Minnesota, with author and artist Adrean Clark and their three sons. You can find some of his essays at www.johnleeclark.com, follow him on Twitter @johnleeclark, or email him at jlc (at) johnleeclark (dot) com. 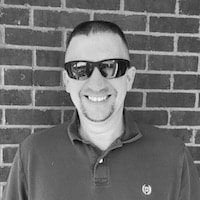 Jason Herbers is a DeafBlind person, an advocate, and a teacher.

​He graduated from Gallaudet University in 1996 with BS in Computer Information Systems. He retired after 15+ years in the information technology field with his last position being Computer Support Team Leader at Gallaudet University. He currently teaches DeafBlind Interpreting at Cincinnati State Technical and Community College in Cincinnati, Ohio and at Wright State University in Dayton, Ohio. He has taken several Train The Trainers programs and frequently gives workshops with topics including Pro-Tactile and Touch Signals (Haptics). Jason is serving as a Member at Large for the Ohio Association of the DeafBlind.

He is married to Deanna Herbers and they have two children, Kyanna and Brandon. In his spare time, he enjoys sports news, especially football, and running a football fantasy league. 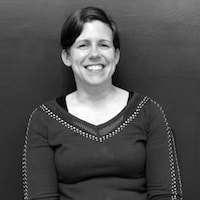 Hayley Broadway is a ProTactile and Support Service Provider (SSP) consultant and trainer that resides in Austin, Texas with her two children. She is a graduate of Texas State University and holds a bachelors degree in special education, magna cum laude. In addition to a bachelors, she also holds a Masters degree in Masters in Sign Language Education (MA- SLED) from Gallaudet University in Washington, D.C. She completed training at Tactile Communications (TC), a DeafBlind-led training center when it was based in Seattle, Washington and is now located in Monmouth, Oregon.
​
Identifying as DeafBlind, she is a very passionate advocate for the DeafBlind community, and educates on topics covering DeafBlind, DeafBlind Interpreting, and ProTactile. Hayley has given ProTactile Workshops and trainings in various locations, locally and out of states. She also has developed resources for the local DeafBlind community in providing SSP trainings and local services through different avenues, especially the one at Travis County Services for the Deaf and Hard of Hearing.. She serves as one of the SSP coordinators at DeafBlind Service Center of Austin. She is also the director of DeafBlind Camp of Texas that runs two DeafBlind camps: Camp Junior and Adult Camp. She has been a part of several curriculum development projects, including a part of the curriculum development team for TC in the past. Among all of the development and various projects, she is currently teaching in an adjunct position at Austin Community College, teaching interpreting students how to work with DeafBlind Persons and is one of trainers for TC. 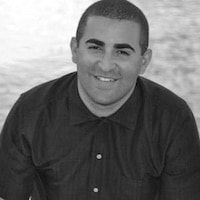 In the community, Roberto is one of the California Association of the Deaf’s Employment Taskforce Committees and is a board member of California Manos del Corazon. In his off hours, Roberto Cabrera is active in leading discussions on a wide range of mental health and social psychology topics within the DDBDDLDHH community. As a proactive community member, Roberto has embraced his intersectional identities—Second Generation DeafBlind, Dominican and Queer. Roberto received his Master’s degree in Counseling with an emphasis on Marriage and Family Therapy and his Bachelor’s degree in Human Service with an emphasis on Mental Health from California State University, Fullerton. As an active person, Roberto loves chatting with people and loves learning new technology to make life easier. 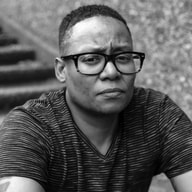 Najma Johnson, MA, a BlackDeafBlind Trans non-binary folx,  is currently the Executive Director at DAWN , a anti-violence agency providing services for the DeafDisasbled, DeafBlind, Deaf, Hard of Hearing and Late-deafned who experienced power-based violence. Najma co-founded Together All in Solidarity (TAS), an umbrella anti-violence community collaboration that functions as a network for marginalized communities within the Deaf Community. Transformative Justice and abolition work is the core of Najma’s values.  Under TAS, Najma has provided consultation in various capacities from organizing to policy development, trauma-centered work and anti-violent workplace training.  Najma’s 2 grandchildren are the catalyst of becoming involved in k-12 anti-violence work. They both experience different forms of violence based on their identities as an Afro-Polynesian and as children of domestic violence. This led Najma to become dedicated to trauma-centered anti-violence work within the Deaf community. Najma is an Anti-Violence advocate for Creando Lazos where they provide support and education to address language justice and violence within the k-12 and higher education and the Deaf communities. ​ 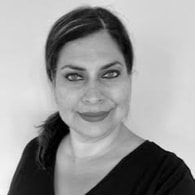 Lesley Silva-Kopec has a profound passion for the DeafBlind community.  Upon moving to NYC, she quickly became aware that DeafBlind events took place a couple times every year.  She enlisted with other DeafBlind people to participate to host more DeafBlind events. She is currently involved with the New York City Co-navigator project.

While growing up, both she and her DeafBlind sister did not have any support during their difficult transition from deaf to DeafBlind. It was an extraordinarily difficult journey for her and her sister.  Once Lesley and her DeafBlind husband met, and became more involved with other DeafBlind people Lesley was able to more easily make the transition in perceiving herself as a DeafBlind person.  Her personal journey as a in her acceptance of her DeafBlind identity led her to seek out, learn and live Protactile.

She currently lives in New York City with her husband and two dogs.  She enjoys meeting new people and exploring new experiences. 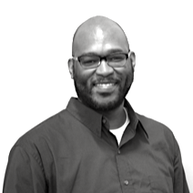 Clifford Earl Terry is his name, but he prefers to be called “Earl.” He is AfroMexican, DeafBlind, and originally from Phoenix, Arizona. He proudly received my master's degree in Sign Language Education at Gallaudet University. He is an advocate. He supports Deaf, DeafBlind, DeafDisabled, Hard of Hearing and Late Deafened (DDBDDHHLD) survivors while navigating through systems such as legal, services, and resource. He believes in communication accessibility. He strongly supports a better quality of life for the DDBDDHHLD community. He believes in equity for DeafBlind, People of Color, who have an additional disability such as autism. He is a human rights activist and believe to have a language is human rights. He loves storytelling and exposing DDBDDHH kids their native language, ASL, as much as humanly possible, and they will eventually be masterful when they grow up. He teaches the hearing adult students how to be a good ally in the DDBDDHHLD community. Join him in unifying and creating the world we can be proud of.
Interested in joining our team? Contact us! You can reach us at pli@wou.edu.
PLI is  grant-funded by the US Department of Education Rehabilitation Services Administration, and is a project under the Research and Resource Center with Deaf communities at Western Oregon University.
2016-2022: RSA Grant H160D160005; 2021-2026: RSA Grant H160D210002